After 20 years of experience in investigating crimes such as human trafficking, I can safely say that identifying human trafficking cases is very difficult indeed. When a person walks into a police station, the police can investigate whether the story that they have been told is true. However, most victims of human trafficking who have been exploited sexually remain under the radar, which makes it difficult for police to find them. The internet has also made the investigative process even more difficult. Victims are often unaware of the society that they live in and how the society functions, and they do not necessarily know the language, which makes them reluctant to discuss their problems.

I patrol on the field constantly. The people know me, which makes it easier for them to talk about the things and issues that they have seen, and seek help if needed. This information helps us generate a general picture of what is happening and conduct investigations that help expose procuring activities and sexual exploitation. For example, through these investigative activities, we were able to expose a case where women from Moldova had been brought to Finland, and the perpetrator received a 6-year sentence for human trafficking.

Human trafficking in the form of sexual exploitation is a specialised field. To gain trust, you have to know the phenomenon – the police can’t force anyone to talk. Unless the police officer is familiar with the context at hand, such as the violence perpetrated by procurers, they won’t be able to understand the victim. Victims must be able to trust the police: if they ask for help, they should receive it, and we must show that we are interested in and understand what they are talking about.

Human trafficking that involves sexual exploitation is an issue that must be solved by society. At times, you may ask whether there is a type of offence that exists in name but is not punished? Human trafficking is organised crime through and through, and it is very profitable. The risk of being caught is small and the consequences are minor – for example, the sentence for serious cases of procuring is only one to two years imprisonment. The profits are lucrative and most of the proceeds are funnelled out of the country. No one can really say how much human trafficking is conducted in Finland, as it occurs underground. My careful estimate is that the people who commit these crimes profit over 30 million euros every year.

Society must decide whether we should interfere in these types of criminal activities. We need to better fund the groups that investigate human trafficking so that they can continue to work. The police must be present in the places that generate the most information. A single group is not enough, as we need new investigators who are specialised in the matter. One cannot build an entire organisation on a single person’s shoulders.

Over the years, our greatest successes have been achieved by knowing the field, building trust with victims, providing enough time to build that trust, and our collaboration with civic organisations. From the victim’s perspective, trust is established when they can discuss what has happened to them without having to explain every single facet of what they are talking about and when they can be sure that the detective understands the context of exploitation. To get results in this field, you need specialisation – and this lack of specialisation is our greatest challenge. 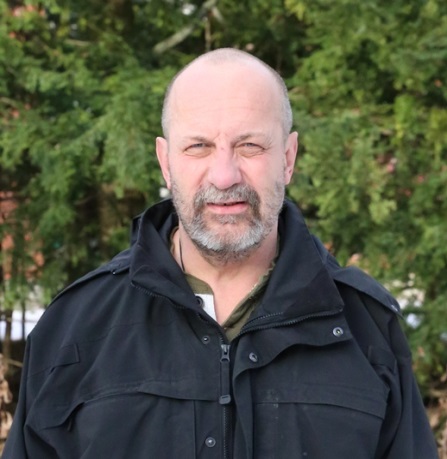