I was introduced to the phenomenon of human trafficking at the end of the 1990s. I was touring around the Baltic states and the Nordic countries to survey the readiness of various organisations in helping victims of human trafficking who had been sexually exploited. There was not much talk of trafficking for the purpose of labour exploitation back then.

In spring 2007, the previous director of the European Institute for Crime Prevention and Control (HEUNI), Kauko Aromaa, participated in a meeting of Nordic experts that was arranged by the Ministry of Employment of Sweden, where it was determined that not enough information was available on labour-related human trafficking. This provided us at HEUNI with the initiative to study this “new” topic. In the EU-funded FLEX project, I, along with my colleagues Anniina Jokinen and Minna Viuhko, began to collect the first wide-ranging materials on labour-related human trafficking in Finland. We interviewed both experts and victims of labour exploitation and poured through pretrial investigation materials, legal decisions and news articles. In 2011, we published a research report titled Work on any terms that described the phenomenon and where we claimed that work-related human trafficking was present in Finland, even though no previous verdicts had been made in the courts on the topic. We also conducted a follow-up study “We’ve got people lined up behind the door”, where we focused particularly on the practices prevalent in the restaurant and cleaning industries that enable the exploitation of foreign workers whose position in the labour market was vulnerable. Finally, I wrote my sociology of law dissertation on the topic, where I studied the phenomenon at a more structural level.

HEUNI's research has been cited in court decisions in Finland as well as in the government’s proposals. I have lectured on the topic to trade union and NGO representatives, social workers, occupational safety and health authorities, the police, prosecutors and senior secretaries of the court of appeals, and I have also spoken on the topic at the hearings of the Finnish parliament, government negotiations and abroad at various functions. I dare say that HEUNI’s research has had a significant effect on how labour exploitation has been identified in Finland as an important societal and criminal policy-related phenomenon, and that Finnish authorities understand the forms of exploitation that meet the criteria of human trafficking.

We here at HEUNI often think about the impact that our work has and how difficult it is to measure any type of societal impact. When it comes to labour exploitation, I can say with a high degree of certainty that, together with our other collaborating parties, the work that we have done has been both impactful and significant. 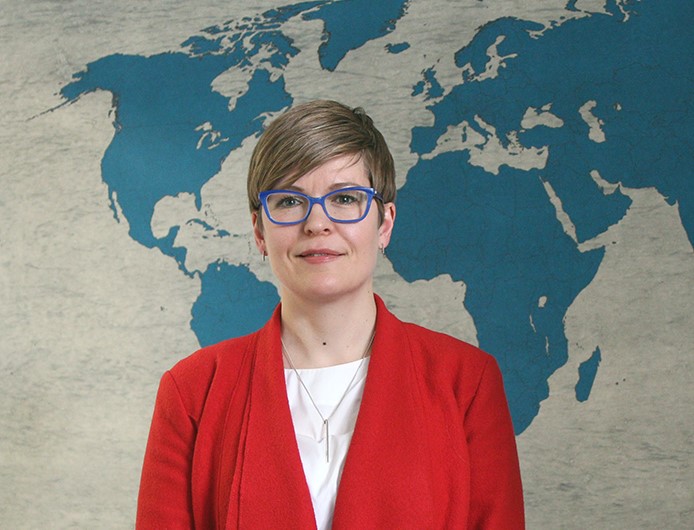 Natalia Ollus LL.D., Director, European Institute for Crime Prevention and Control (HEUNI) The European Institute for Crime Prevention and Control, affiliated with the United Nations (HEUNI) functions under the auspices of the Finnish Ministry of Justice as an independent research and policy-making institute. HEUNI carries out ground-breaking research that influences policies in crime prevention and control both nationally, in Europe and in the United Nations.
Share on Facebook Share on Twitter Share on LinkedIn | Print Shared times Email