I was first introduced to the phenomenon of human trafficking at a lecture on the subject by the National Rapporteur on Trafficking in Human Beings at the beginning of the 2010s. I then forgot about the issue for several years, until one day a lawyer informed me of two Indian men who did not speak any Finnish and who had been exploited at their current place of work. A lightbulb went off in my head.

I, along with my colleague, began to pore through the criminal code and pondered whether this met the criteria for human trafficking. The matter was completely new at our department, and I couldn't even get permission to hire an interpreter for the employees’ hearing. However, the National Rapporteur on Trafficking in Human Beings provided me with valuable advice on how to investigate the matter, and they even promised to handle the interpreter’s fee.

Unfortunately, my investigation into the matter was cut short. My supervisor said that the investigation of human trafficking was not part of my duties and that it did not even belong under the Occupational Safety and Health Administration. However, I had experienced an awakening of sorts, and after a lengthy period of collaboration, we finally created a set of official guidelines for the Occupational Safety and Health Administration that clearly state that providing help to victims of human trafficking is part of the duties of every occupational safety and health inspector.

After a rocky start, the effective collaboration between different authorities has made Finland a European state that is particularly good at recognising victims of labour-related exploitation. 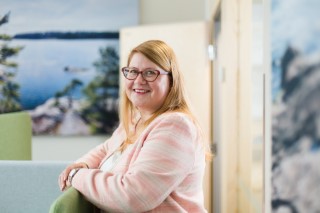